A long time ago, I was hanging out with my bandmates Kevin and Chris, and we were talking about the kind of artwork we could eventually make for Move Your Mountain. The first thing that came to my mind was a cartoony, rockin’ Mountain-Man.

The “Meekrab” logo that I remember seeing from Harold and Kumar was my biggest inspiration. I never really knew what the Meekrab logo was for (according to Urban Dictionary, it’s for a band formed by the directors of H&K) but I always thought it was cool and memorable.

You can see Kumar rocking this logo in the first Harold and Kumar.

I first started with a simple sketch. In fact, I drew this really quickly on the bus in my notebook. 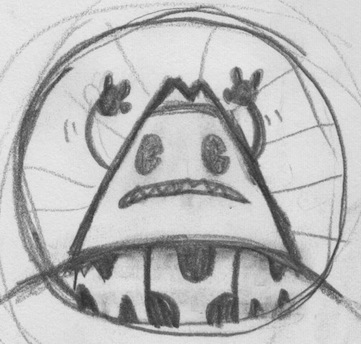 I later scanned the doodle, and brought it in to Photoshop. The sketch was far from perfect, but the idea was there. Basically I wanted a Mountain-Man with his arms in the air, with the text “MyM” below it. I needed the design to be in a circle because the first thing I wanted to do was make pins.

With the scanned image in a locked layer in Photoshop, I started tracing the image with the Pen Tool. I like to first trace the shape of the outer silhouette in black, and then create another shape inside it in white. This allows me to easily tweak the thickness of the lines afterwards by adjusting the curves and anchor points of the shapes. 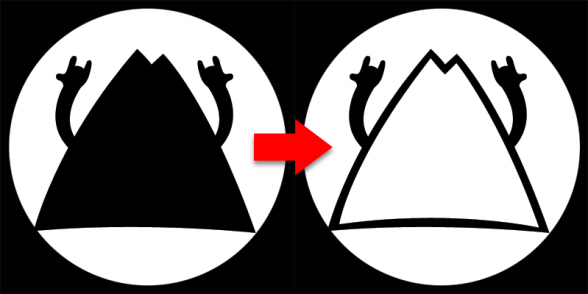 The arms and the outline of the body were the first thing that I traced. I then created a white shape for the inner body, and this gave the body a nice black outline. 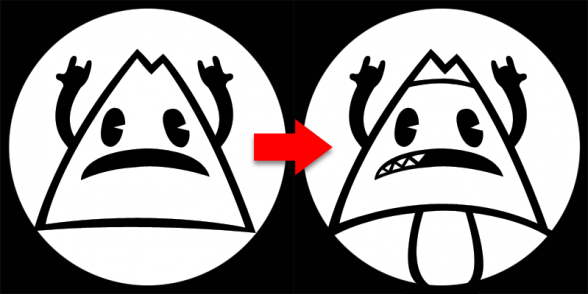 Next, details such as the eyes, mouth, and the text were added. In the same way as I did before, I created the outer shape first and filled in the inside afterwards. For example, for the mouth I drew the shape first and then filled it with a series of white triangles to form the teeth.

Below is the first version of the design. The arms and letters look weird, and when scaled down it looked like pure garbage. Absolutely disgusting, but hey, it’s an iterative process :P 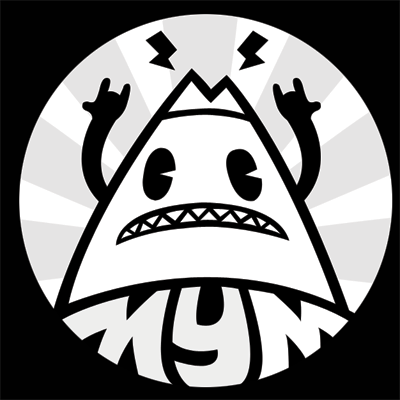 The second was a big improvement. The lines were thicker, and I made sure everything was more symmetrical (like the eyes and the teeth). I was still unsatisfied with the arms though; to me they still looked too flimsy and weak. 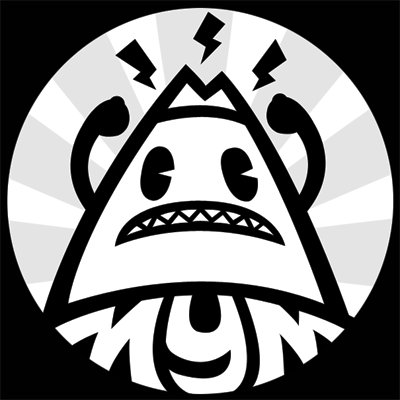 For the final version I gave the arms a bigger arc so that they look stronger, and threw in some Sign of Horns for maximum bad-assery. I applied a grunge texture on top to add a bit of texture. I like how there are three lightning bolts, since there are three of us in the band (I totally didn’t just realize this now *shifty eyes*). 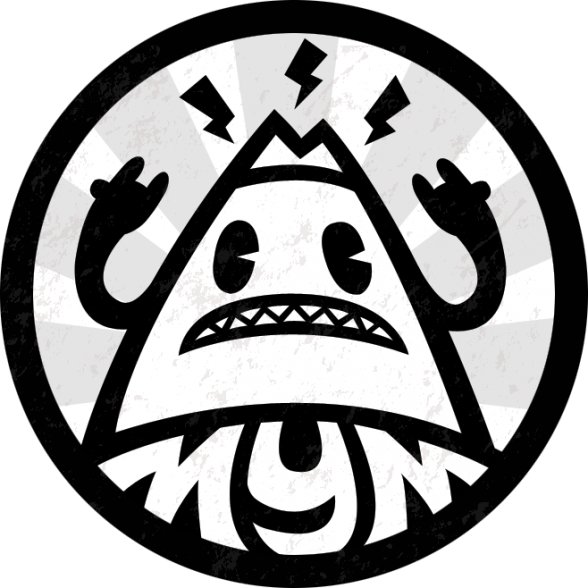 BAM! The Move Your Mountain logo.

Finally, I sent my design over to the awesome folks at Crucial Pins so that they can make some pins for us. The pins arrived only 2 days after I ordered them – I was pleasantly surprised by their fast service. Mountain-Man looked damn fine on shiny silver paper too. 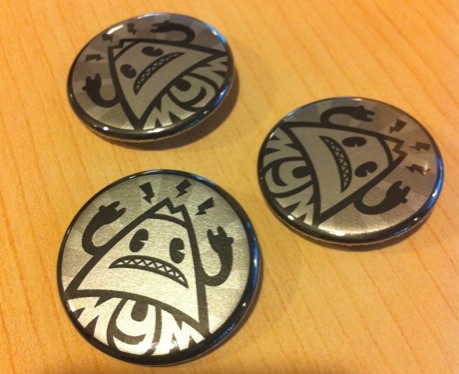 Eventually when we have more band money we plan on making t-shirts with this design, and also screenprint it on Chris’ bass drum skin.