We arrived in Nara on the afternoon of the 23rd after spending the morning in Kyoto. On the cab ride to our AirBnB we were caught off-guard by the amount of deer. They were seriously friggin’ everywhere! They walked around casually on major streets like they ran the place.

After dropping our stuff off at the AirBnB, we headed for Nara Park where we were greeted by more deer. They were all really chill and friendly; you could go up close to them and they wouldn’t care. We bought some deer cookies to feed them, though it was a bit scary because they come at you in droves. You never know if they’ll suddenly head-butt your candy ass.

After we got tired of the deer we walked over to Todaiji Temple, home of the giant, 15-metre Buddha statue. I was in awe at the size of the temple. Hands down the biggest temple I’ve ever seen in my life! 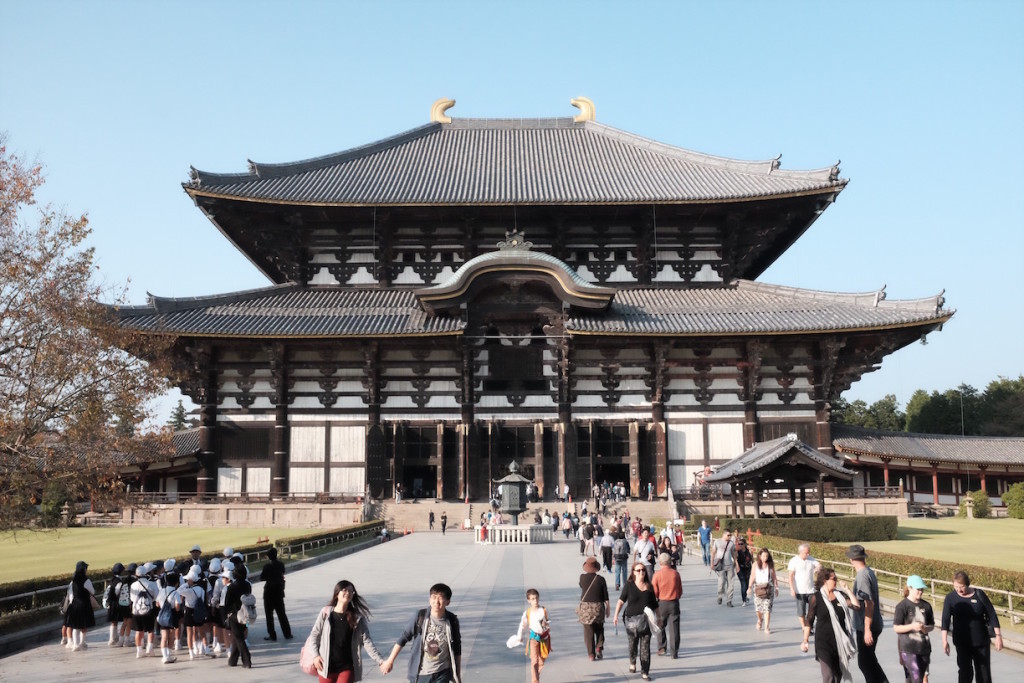 The sheer size of the buddha statue gave me the chills… mostly because it reminded me of an episode in the manga GANTZ when they fight the giant buddha statue. I looked into his friendly face and wondered, “what if he suddenly stood up and started stomping everyone? Is there a good hiding place nearby? Which friend would I be okay with leaving behind?”. These are important questions to ask when looking at big statues. 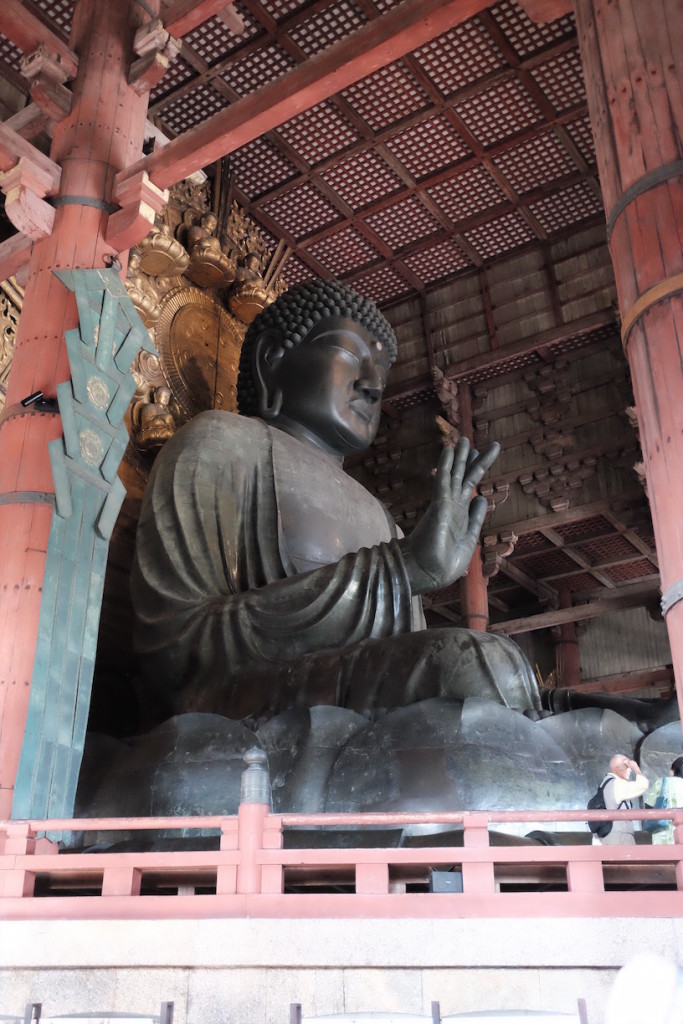 Back to the AirBnB

Our AirBnB was really cool. It was a very traditional house in rural Nara that we had all to ourselves. This was a nice change as our previous AirBnB was pretty cramped. 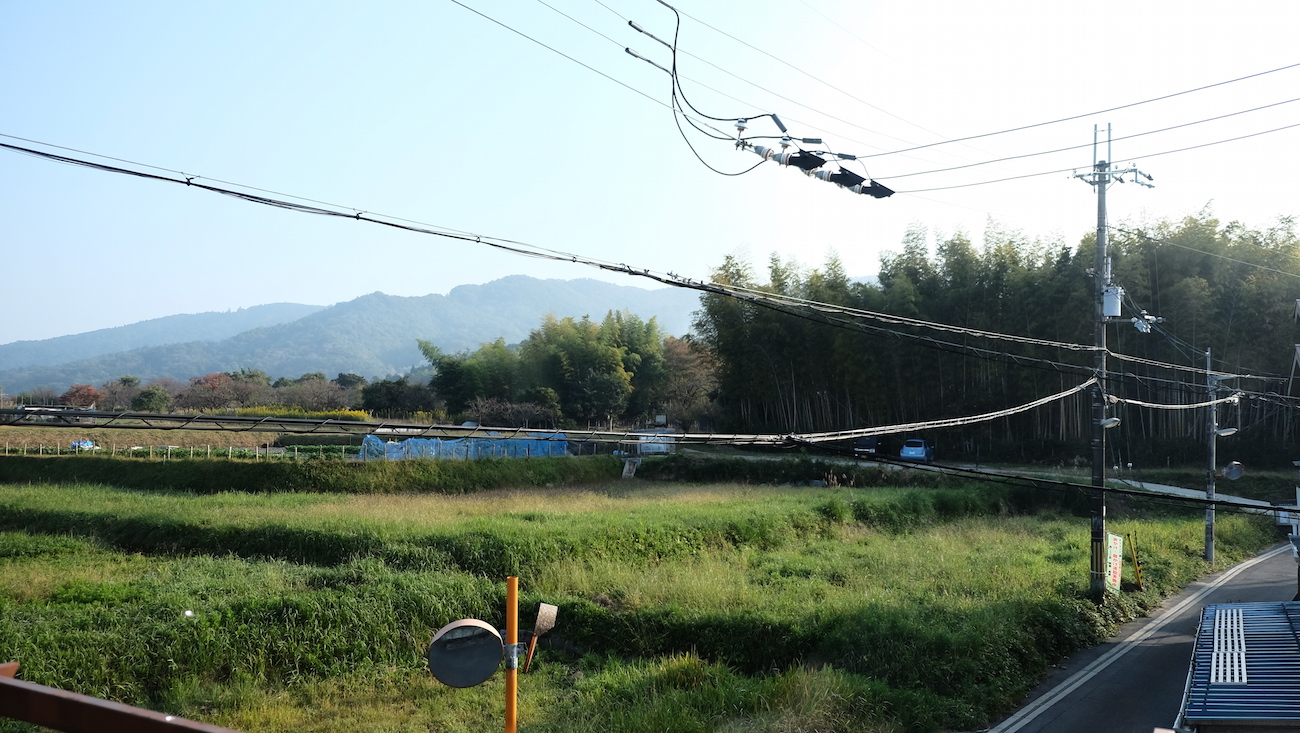 View from the AirBnB. Nothing but fields, deers and wild boars.

There weren’t any bars or shops nearby so we stocked up on beer and spent the night at the AirBnB. We drank lots and played Street Fighter II on Super Famicom all night.

The next morning we crushed the leftover brews and took the Shinkansen to Hiroshima.