Travelling to Japan with my buddies was amazing. I’ve solo-tripped many times, and I’d already been to many of the places that we went to, but there’s nothing quite like sharing moments with some of your best buds.

I’d like to wrap this series up with some tips for if you’re thinking of travelling to Japan, as well as some lessons that I learned on my trip.

Being the translator for a trip is tough

Being the translator for a trip can be extremely stressful, especially if you’re not completely fluent at the language. With that said, I enjoyed being able to direct my friends and help them out whenever possible. There’s something satisfying about knowing that you’re still able to communicate in a language that you don’t use that often back home.

When you visit another country you tend to see everything through rose-tinted glasses. In Japan we were amazed by so many things: the food, the amazing service everywhere, the cleanliness of the streets, etc. When you think about the flipside though, you gain more appreciation for your home country.

Of course there are a million examples of minor annoyances, like how Japan is very cash-based, or how there are no paper towels anywhere, but I’m thinking more about lifestyle differences. For example, one of my Japanese friends was absolutely shocked that we were able to take two-and-a-half weeks off for vacation. In many workplaces in Japan it is nearly impossible to take that much time off. It really put things into perspective and made me appreciate certain aspects about Canada more.

Traveling with friends is awesome

For days after coming home to Canada, I would wake up wondering where everybody had gone. After spending so much time with these guys I’d become so used to them being with me everywhere. Even now, whenever I listen to any song from Beirut’s No No No album (which I had on repeat the entire trip), I can vividly picture hanging out in the streets of Japan with my homies. Shit’s magic.

There were so many good stories that came out of this trip, and I learned that that’s really what life is all about; creating dope stories and sharing them with others. 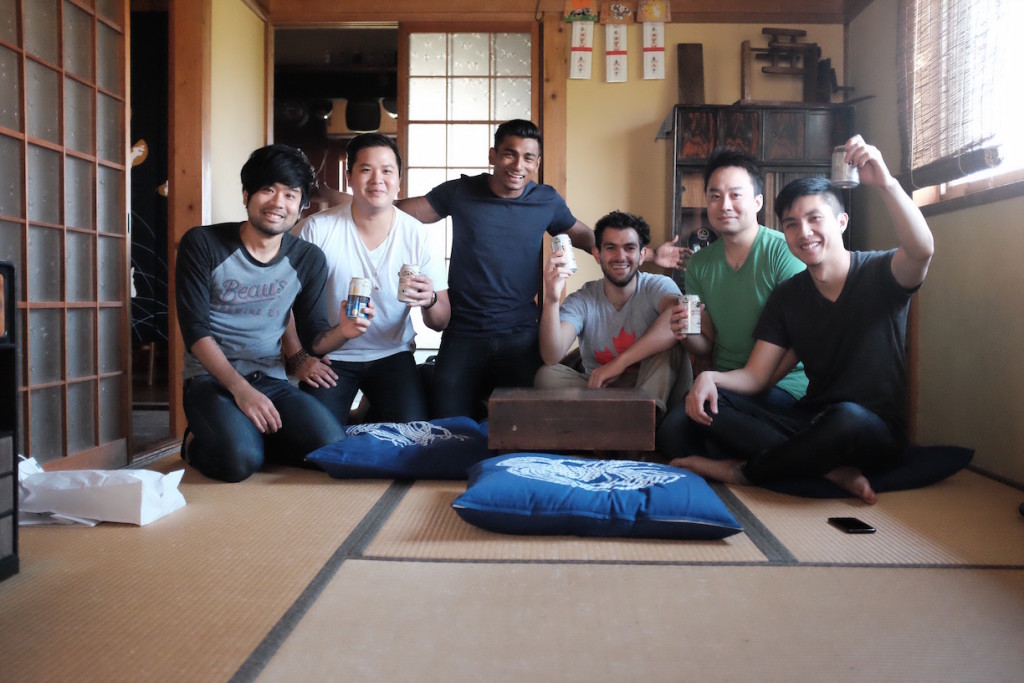 Huge thanks for reading this series. Shoutouts to all my friends and family in Japan that met up with us, and of course to Mikey, Sharhan, Minh, Jared and Gary. Thanks for the good memories buds.