Recently I spent a week in the beautiful city of Austin to check out the Event Apart conference with my buddy & coworker Kyle. 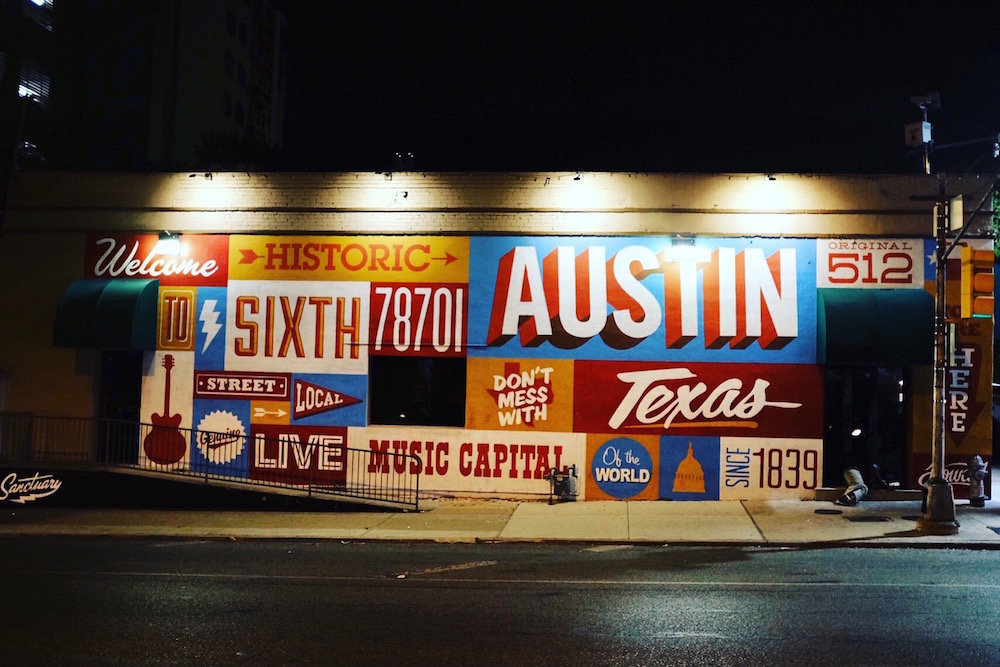 In this post I talk about my experience at the conference and the city.

My favourite talk at Event Apart was that of @jensimmons, who talked about how we can look back to print design for layout inspiration. She spoke of how so many sites today are stuck using this type of layout, and how we can look at layouts in magazines for ideas that we may have left behind when we first transitioned from print to web. She showed us examples on how newer CSS specs such as Shapes and Regions can help us achieve this, which was super cool.

I also enjoyed @grig’s talk on responsive images. I didn’t quite catch all of the features of the srcset and sizes attributes, but it’s definitely something I want to play around with as it seems huge for improving web performance. It’s a shame the support for IE is so poor though. 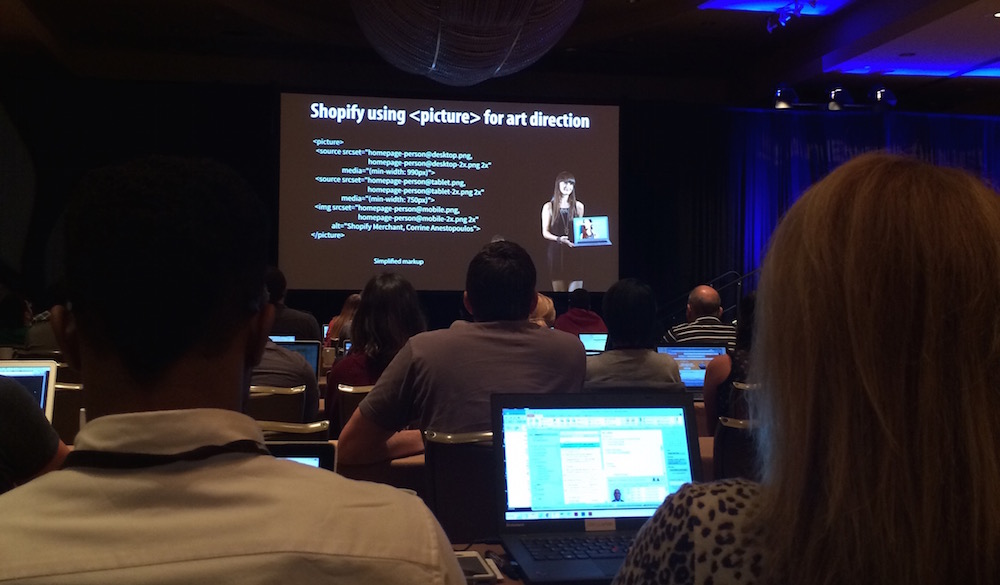 Shopify got a nice shoutout in Jason’s talk 🙌

I was excited to see Ethan Marcotte (who blew my mind back in 2011 talk as well, but I’ve gotta say I was a bit confused by his talk. I wasn’t really sure how his topic (how we can do less to make responsive designs) tied in with his demos, which to me seemed like more work.

All in all it was a great conference and I went home with a big list of things to look into, mostly new CSS features and optimization techniques.

Now, about the city of Austin itself! Before the conference, Kyle and I had a couple days to check out the city, so we rented B-Cycles to rip around everywhere 🚴

What surprised me about Austin was the sheer amount of food trucks. A lot of bars even had food trucks inside their patios! The most interesting food I had was the Texan poutine at a random truck on 6th Street. Instead of the usual poutine, it had cajun gravy and brie cheese. Oddly enough this combo worked really well.

The best food I had in Austin was the burrito grande at Torchy’s Tacos. The steak, the sauce, and the guac were rolled together in perfect harmony. The restaurant also had a free ping-pong table which was a nice bonus. 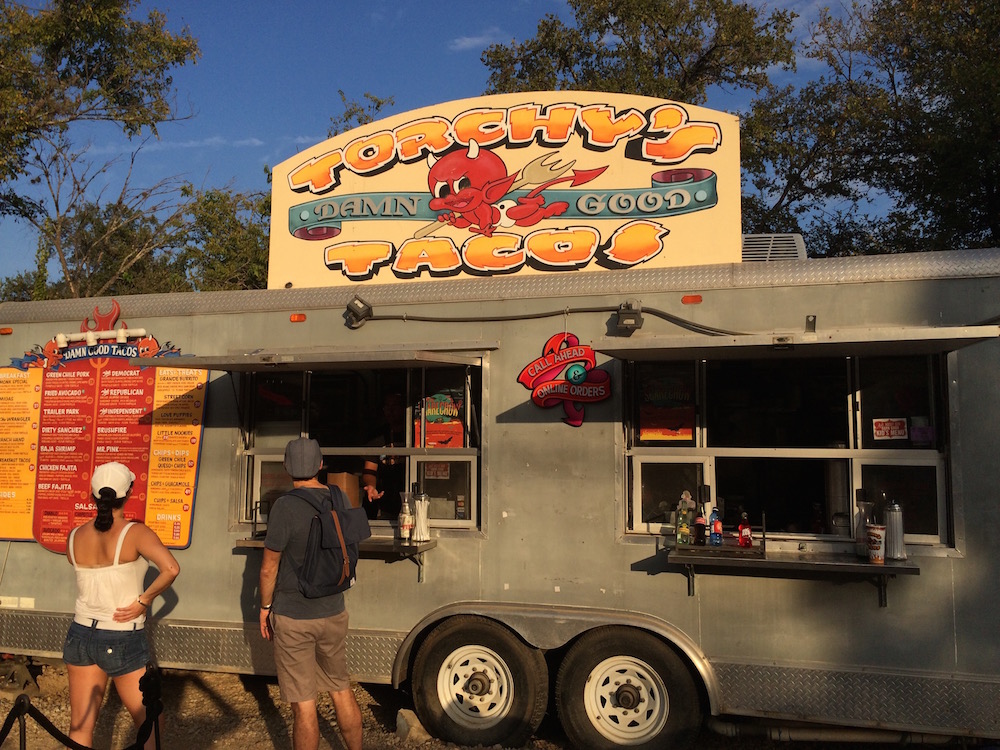 On Saturday evening Kyle and I went to check out the infamous bats from the Congress Avenue bridge. Unfortunately the bats came out pretty late, so we couldn’t see them too well but it was a great sight nonetheless. Word on the street is that they come out a bit later in the fall.

Pictures don’t really do it justice; check out this video by Brett Johnson on YouTube.

This was hands down my favourite part of Austin. It’s like Ottawa’s Tech Wall times a thousand. The park is based on the foundation of an old condo building, and artists from around the world go there to draw on the walls. Visitors are also encouraged to bring their own spray-paint can and tag the walls as well. Once you climb the top of the foundation, you get a really a nice view of downtown Austin. 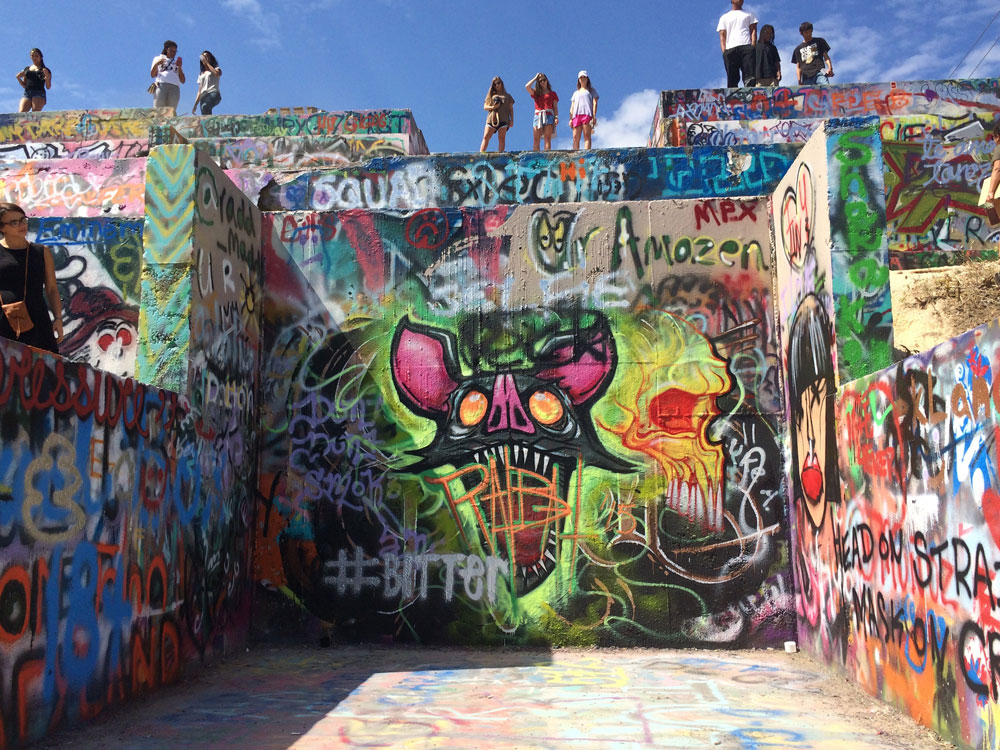 All in all it was a great trip, I really loved the city and the people there. Getting wrecked by the American dollar wasn’t fun, but it was 100% worth the trip.

Shoutouts to my conference friends Tea, Bill, and Doug, it was great hanging out with yas <3